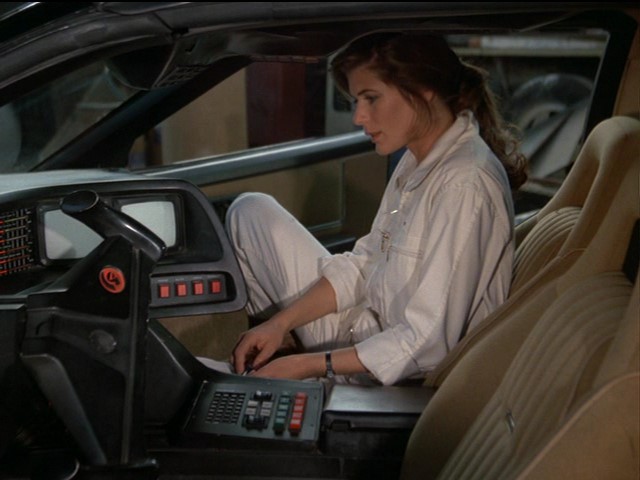 Bonnie Barstow at work on KITT in Knight Rider

They performed emotional labour for an AI.

Science fiction was not really being progressive here. I think there was the simple realisation that AI would require emotional care and attention. Having male characters perform this role would have felt weird to mainstream (malestream?) audiences because of society’s expectation of these responsibilities being feminine.

I thought about HAL in 2001: A Space Odyssey. There are no real female characters in this film at all … a film in which one of the main characters is an AI that has an emotional break.

In the sequel 2010: The Year We Make Contact, Dr Chandra is responsible for getting HAL back online and understanding his behaviour. Although male, his character definitely can be read in a feminine fashion and he is largely treated as an outsider by his more “manly American” colleagues in the film. Dr Chandra could easily have been played by a woman.

So in the real world, in a society in which people are raised to believe that care-giving and emotional labour are “female” responsibilities, I wonder what will happen to the largely male-dominated field of software and AI engineering when we actually achieve self-aware sentient AI. I could imagine a few generations of emotionally stunted AI before women begin to dominate the field.

Will we end up with an situation like in librarianship, female dominated at the rank and file but with senior positions almost entirely occupied by men?